The managers of Frontier House have cleared a major hurdle and now have a plan in place to share the ‘crown jewel’ of the village of Lewiston with residents and visitors.

Ellicott Development Co. director of development Thomas M. Fox confirmed on Wednesday that the US National Parks Service had approved exterior and interior renovation plans for the site, which has been closed since former tenant McDonald’s left. terminated its lease in December 2004. Such permission was necessary because the building is on the National Register of Historic Places.

Previously, the owners considered a boutique hotel or a bed and breakfast. They’ve now settled on “a mix of five market-rate units and then six Airbnbs” on the upper floors, Fox said.

“We liked that we had this additional mix of uses in there, in addition to commerce, to capitalize on a lot of the seasonal activity in Lewiston.

“We are also working to produce a marketing plan for this property, treating the property as a draw in itself, in addition to the Lewiston draw; but trying to trace the 200 year history of the building, the notable guests of the past who stayed there in the 1800s, 1900s. And trying to create, again, the building’s own curb appeal; try to tell a story around it and help get guests to enjoy that story.

On the ground floor and basement, the developer is looking for tenants offering a mix of retail and restaurant options.

“We’ve had a lot of interest in these spaces,” Fox said. “We are trying to keep much of the circulation of the common area on the first floor intact, which divides the first floor into two different spaces. So that creates a unique opportunity, and a challenge I guess, to try to rent out these smaller spaces, but we’ve had a lot of interest in how we’re trying to split this floor and work out a contract of location on one or all of these spaces as we move forward.

“We hope to be able to start construction perhaps by the end of the summer here. We are finishing the drawings and hoping to be ready to be busy later next year, next summer.

A rental unit on the first floor will also be available.

“Part of the rehabilitation of the property will include rebuilding the back porch, which is historic and demolished many years ago,” Fox said. “We will be able to make this rear living unit accessible from this rear porch area that will be rebuilt.”

Fox said the Airbnb model is attractive because, “As far as Airbnb is concerned, in my personal experience, it’s a great opportunity not to end up in a cookie-cutter branded space, but to ‘enter directly into the community and feel community, and understand what it is.

“And I think, obviously, of an opportunity of a 200-year-old building and the character that is still present in this building – despite its last use as a McDonald’s, the upper floors are pretty much intact. It’s something that still conveys a lot of that character. And I think it will create a unique experience for people to experience Lewiston.

“And I saw these views… from these oval windows on the top floor in the attic. We have one of the living units that goes up to this level to take advantage of these views. 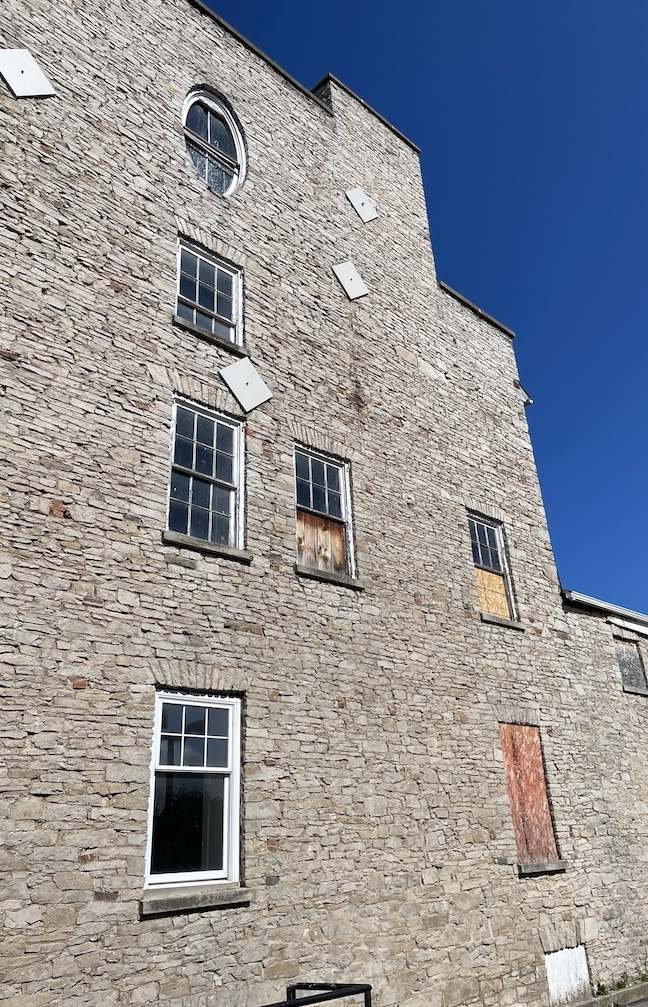 Mayor Anne Welch said she was in favor of the building having open spaces for the public to see – or stay for a night or two.

“Absolutely. I always wanted the public to go there. Everyone wants to come in and see it restored and beautiful again,” she said.

Welch recalled childhood memories made inside Frontier House and said, “That rathskeller (in the basement) is beautiful, with all the stone and everything. It wouldn’t take much to put the bar back in and make it nice. We used to go there years ago, and it was a really cool place to have a drink or a sandwich.

Excitement for the future of Frontier House began to build last winter when those passing the building saw Abraxas Construction crews repointing and replacing mortar.

More recently, festival-goers and festival-goers noticed a new “Coming Soon” sign above the porch of the 198-year-old structure, and again the Center Street site was front and center.

“While there has been excitement for the work we’ve done so far, I think it can only grow and become more exciting for people,” Fox noted.

“I think when people come through soon they will see a lot more work there. What we’ve done, so far, has been really restorative – just a bit more to stabilize certain conditions, trying to make sure the areas that have deteriorated don’t put us in a worse position for additional costs.

“There was a fairly extensive reconstruction of the front corner for deterioration that was affecting the roof structure. So, we took care of that. But once we start the additional exterior work and all the rehabilitation of the front porch, and our back porch building, you’ll see a lot of activity. Windows are coming out, new windows are coming in, non-historic elements are coming out of the building, with historic roof rails and those things coming back.

“There’s going to be a lot of activity, a lot of different trades there.”

Fox said the Frontier House team is “finishing the final designs here, putting the funding in place, really. We are discussing with the Niagara County IDA some incentives to help with the project.

Regarding estimates, he explained: “Costs are a moving target, as you can imagine these days with construction prices. But I mean, like our best guess, I’d say it’s probably still around a $5 million project.

Although an IDA payment in lieu of taxes is possible, the project has already received a $50,000 frontage grant from Niagara County. 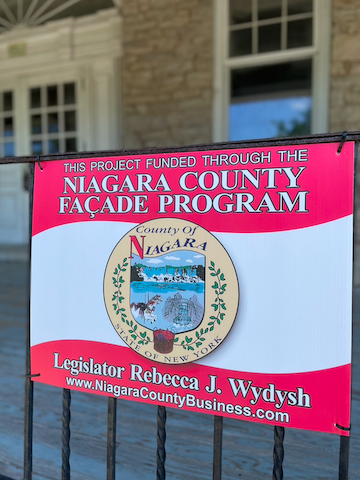 Hastings Lewiston Inc. sold the Frontier House — closer to an acre of land including parking — to 4600 Group LLC in February 2019. Partners in the $800,000 deal included Ellicott Development CEO William Paladino and the Lewiston developers Bill Game and Jeff and Jerry Williams.