What is a fiber house?

The term “fibro” is the abbreviation of “fibrous cement sheet”. All over the world during the post-war period, and particularly here in Australia, fibro was an extremely popular building product. This popularity was multiplied by the fact that Australia was actually the largest fibro manufacturer in the world at that time. Therefore, the material has been widely used, especially in homes.

The problem was that during this period most fibrous cement board contained asbestos, an extremely hazardous material that has been completely banned in Australia since the early 2000s. When humans breathe in asbestos fibers, they can cause a number of different types of cancers, namely mesothelioma, asbestosis and lung cancer.

Asbestos was so commonly used in fibro that any home built from fibro before the 1990s is likely to contain asbestos. This does not mean that these houses are inherently unsafe or unsuitable for human occupancy, but it does mean that the fibro they contain should not be disturbed by anyone except trained professionals. Renovations or attempts to remove fibro by someone else are illegal throughout Australia.

With all this in mind, it is worth asking the question: is renovating a fiber house a good idea? Is it worth it? The good news here is that it is worth it. The obvious condition is that under no circumstances should such work be attempted by anyone other than a licensed professional, following all the various regulations to ensure that if the fibro (or indeed any other material containing asbestos) must be disturbed or removed, these tasks are carried out according to the letter of the law. 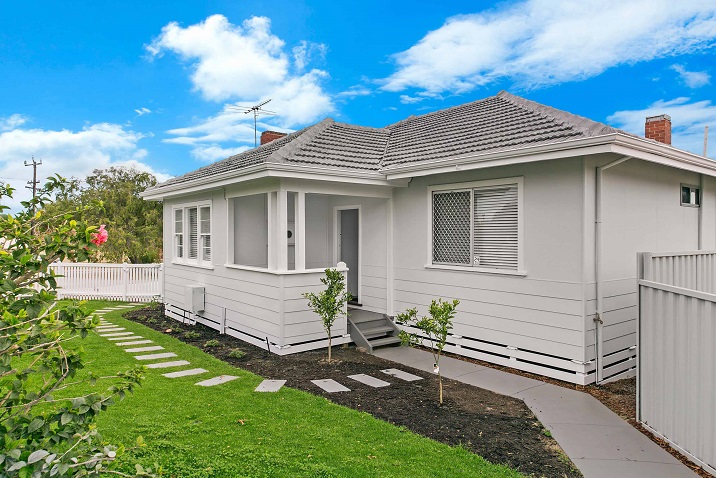 How much does asbestos removal cost?

This price varies depending on who is doing the work and the amount of asbestos found on the property. However, for a house of around 1500 square meters, you can expect to pay around $30,000 to complete the work.

The other good news is that when done correctly, renovations can be completely successful and bring some really lovely old cottages back to life and set them up for a long future. As such, buying and selling them is not a problem. Here’s a selection of some of the best such projects, along with before and after photos to prove the point.

Renovated by its owner, architect Michelle Walker, this five-bedroom house on Sydney’s northern beaches is backed by bushland. Built, like so many fiber houses, in the post-war years, this house has a northern aspect and therefore receives plenty of natural light and sunshine. Now renovated and beautiful, it has several additions including a new swimming pool and outdoor entertaining area.

The front of the house has been completely transformed with fibro siding, a new carport, a new veranda and more. In terms of materials, the house now has a corrugated iron roof as well as sandstone, granite, wood, painted steel and siding. Given the location, all of these materials are non-flammable and ready for the next phase of the home’s life.

Inside, the architect opted for an open plan for the kitchen and the family area. In terms of color palettes, she chose to continue the themes used on the exterior of the house.

Before and after photos of the fibro bungalow in Manly Vale: 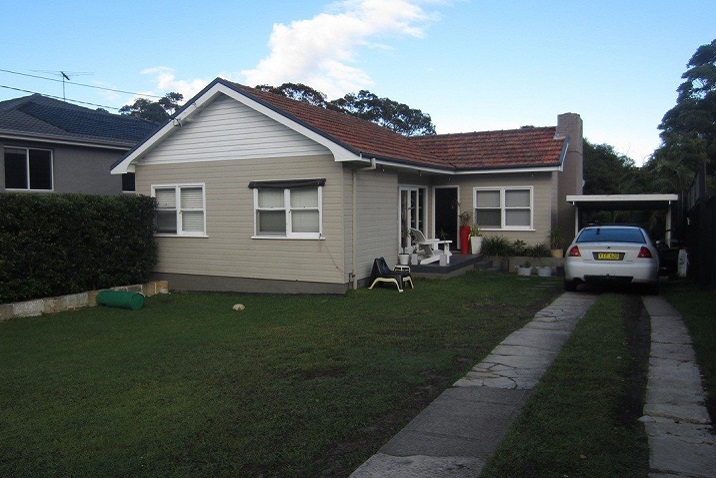 What started out as an investment property in South Windsor that offered mediocre rental returns, has turned into something completely different. In fact, the owners decided to take full advantage of this property’s large backyard and build a two-bedroom granny flat to accompany the original 1950s fibro cottage.

As the attached photos show, this fibro house renovation was a great success. In fact, looking at the house today, it is barely recognizable. Above all, considering that the owners were mainly interested in improving the rental yield, it is also a financial success. The money spent on the renovation alone came to about $38,000. Add to that the cost of building Grandma’s apartment, which was around $70,000, and you have a total outlay of around $110,000.

The project met the owners’ goals, increasing the value of the property from approximately $380,000 to $510,000 and increasing the rental yield by almost 100%.

Before and after photos of the fibro house in South Windsor: 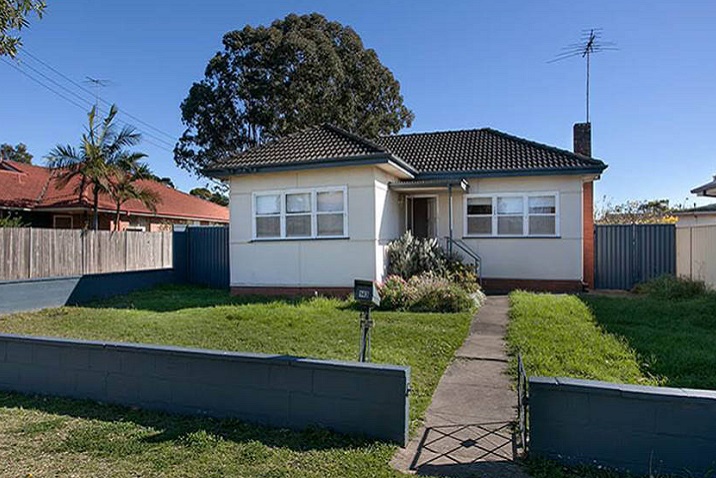 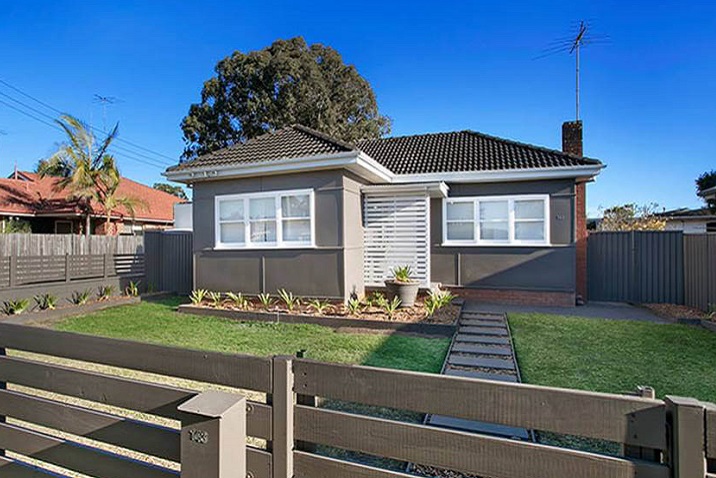 3. Sustainable Home on the NSW Coast

Once a dilapidated 100-year-old fiber shack in Empire Bay on the central coast of New South Wales, this house has been transformed into something worth noticing. Designed by award-winning building designer Michael Levers, the renovated home has everything it takes to contribute to a more sustainable future.

Built with environmentally friendly materials, the house prioritizes energy efficiency. On top of that, this fibro house makeover was completed with the well-known phrase “reduce, reuse and recycle” in mind. For example, the house’s original cladding is now found on the kitchen bench as well as the sliding door that leads to the front room.

Also, some old trees in the backyard that were about to fall were salvaged and the wood was used in the backyard to become steps and handrails. There is insulation throughout and double glazing to improve thermal efficiency, and also things like the use of cross ventilation to further reduce energy consumption.

Before and after photos of the sustainable home on the NSW coast: 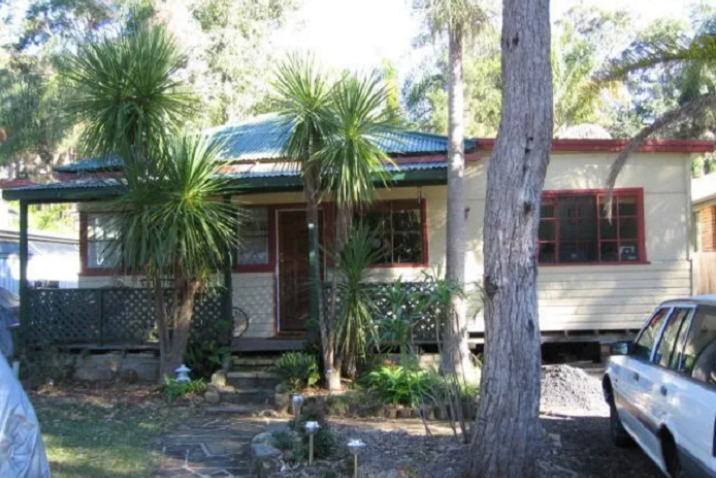 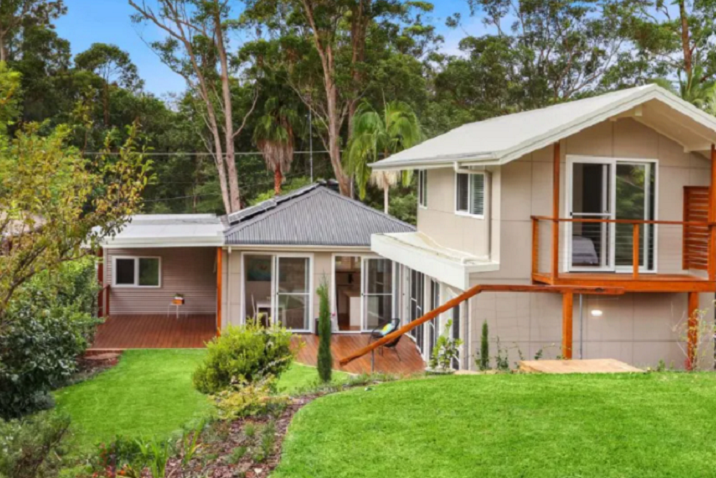