in the historic “neve tzedek” neighborhood of tel aviv, israel, meirav galan architects (mga) has refurbished a 19th century residence to accommodate a large family of six. the renovation includes the meticulous restoration of the aging structure, as well as its extension, resulting in a spacious redesigned townhouse with a newly added garden patio.

all images courtesy of gidon levin unless otherwise noted

the house was one of the first structures built in the quaint neighborhood in the late 19th century and was originally formed as a one-story residence with a flat roof. during the 1930s the dwelling was expanded and architecturally redesigned, adding a second story with a tiled roof, gallery balcony, and exterior stairs. however, with the passage of time, the building suffered from neglect.

‘on my first visit to the house, under all the negligence, I could smell the European charm combined with the local Mediterranean scent,’ describes the architect meirav galan. ‘I discovered impressive high ceilings, classic European wooden doors and windows, detailed iron railings and a beautiful Mediterranean balcony with a Parisian flair. I imagined myself reviving the story and mixing the dreams of my clients’ 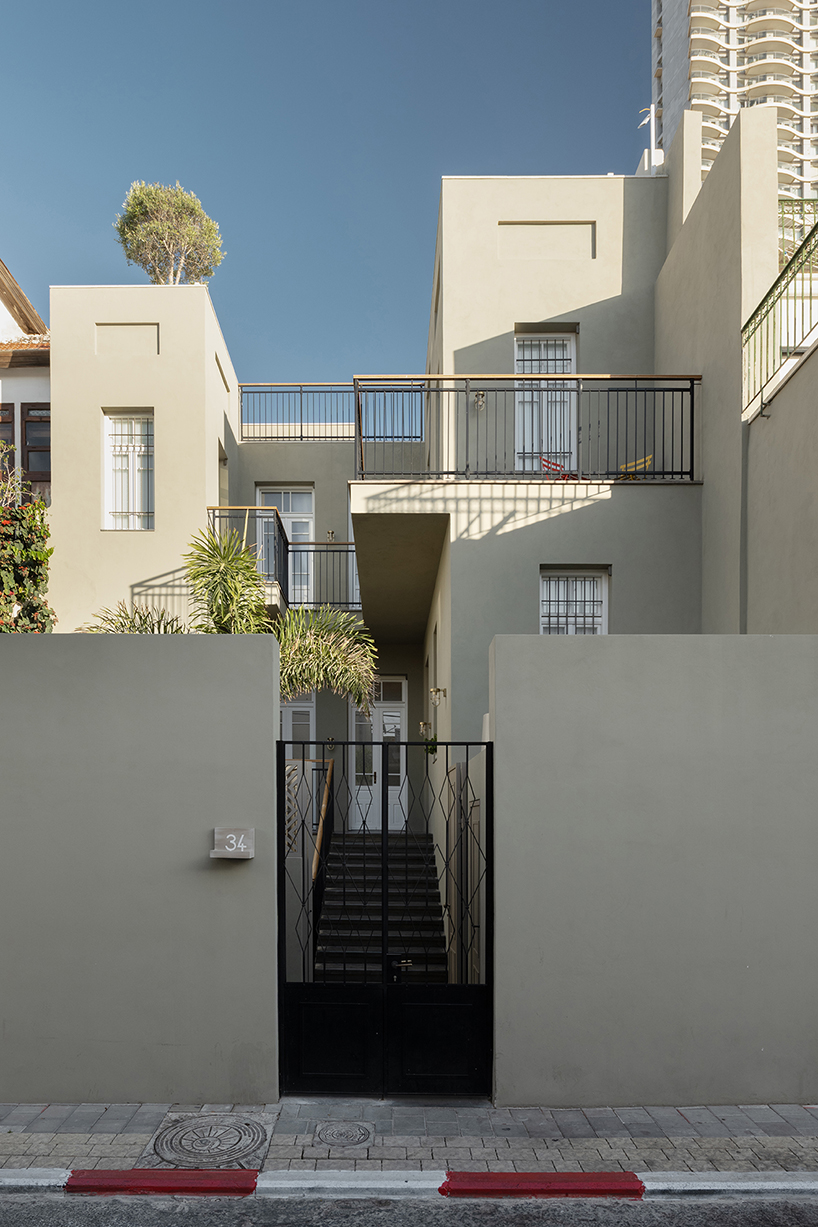 the architectural design of the townhouse, spanning a long rectangular lot, included preservation required by municipal law, partial destruction, and new additions that expanded the built-up area from 250 to 580 m². the two existing floors have been preserved as well as the original openings and the unique balcony of the facade. the large tower which had supported a staircase connecting the two levels was demolished and replaced by a new extension, built and redesigned as if it had always been there. in the meantime, the tiled roof has been replaced by a rooftop balcony with sea view and plunge pool. 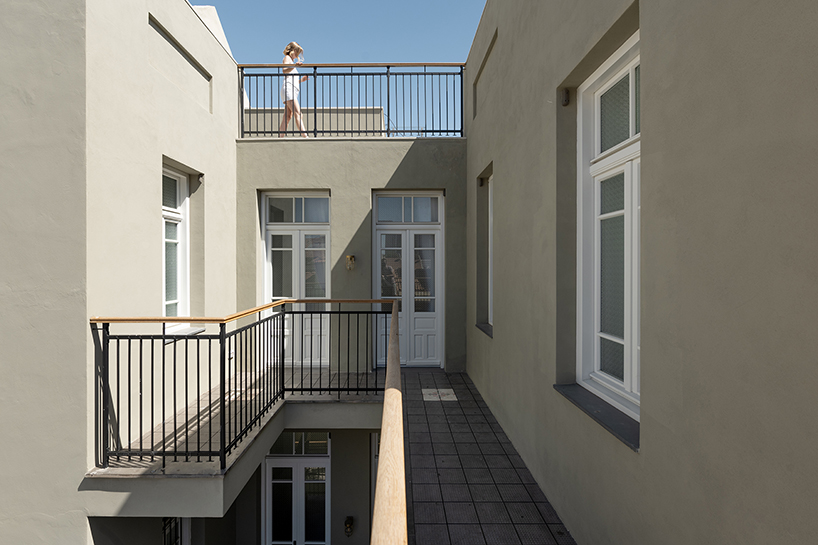 the front yard which was originally two meters higher than the street has been terraced, creating a new level with an inviting exterior entrance and service area at street level as well as a new lowered yard which brings natural light and air to the basement. a new staircase was designed and constructed to lead to the preserved entrance level. 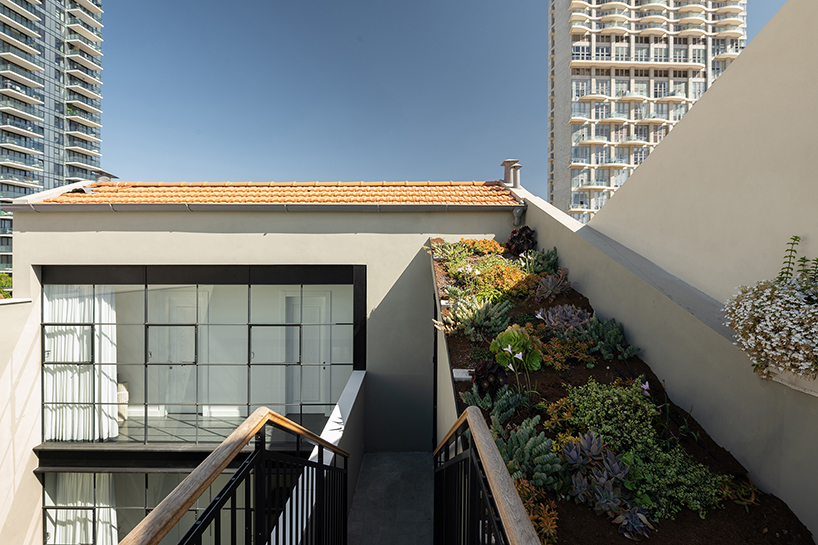 meanwhile, the south wing was rebuilt and extended to include two new floors lower than the old wing floors due to conservation height limitations, and a tile-roofed attic with a balcony. the facade, although new, was designed with similar detailing to the original north elevation. a patio-garden was designed as the heart of the house between the old wing and the new one, providing additional natural light and functioning as an intimate private outdoor space in the middle of a very dense urban fabric. while the street facades preserve the aesthetic character of the original house and the neighborhood, the steel-framed window facades of the patio were designed as a contrasting entity, emphasizing the new architectural design. 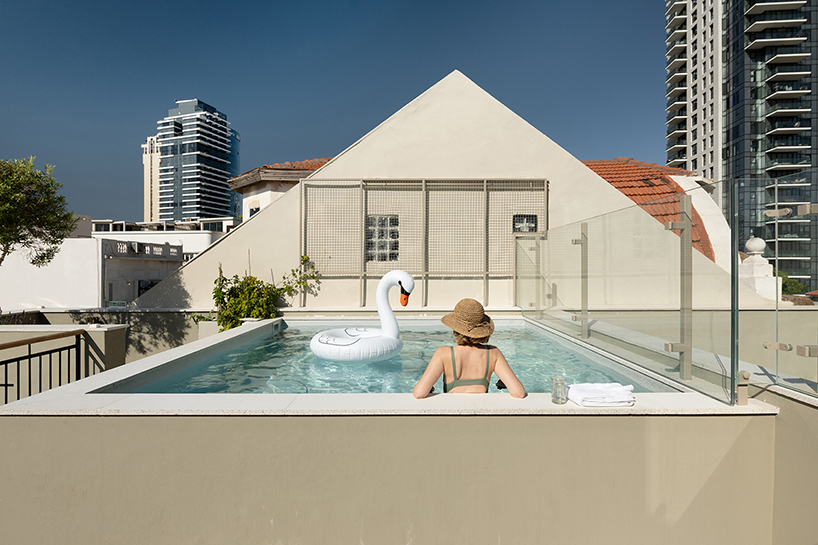 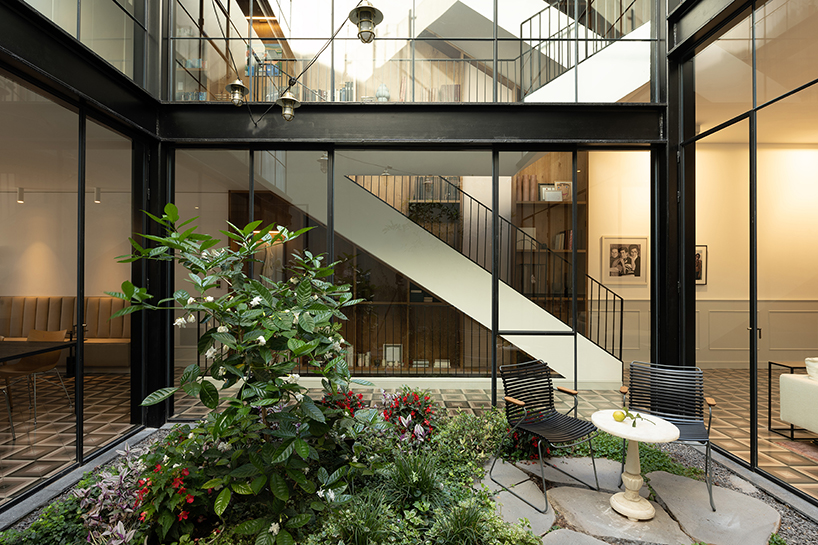 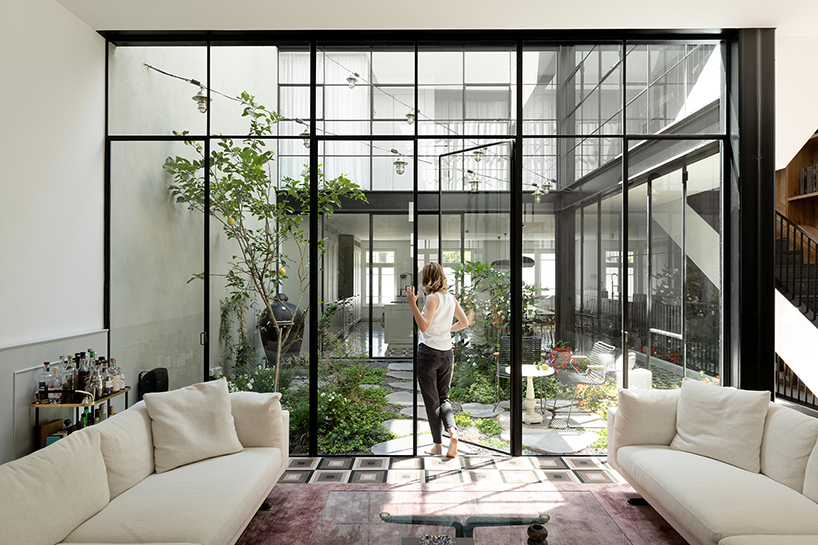 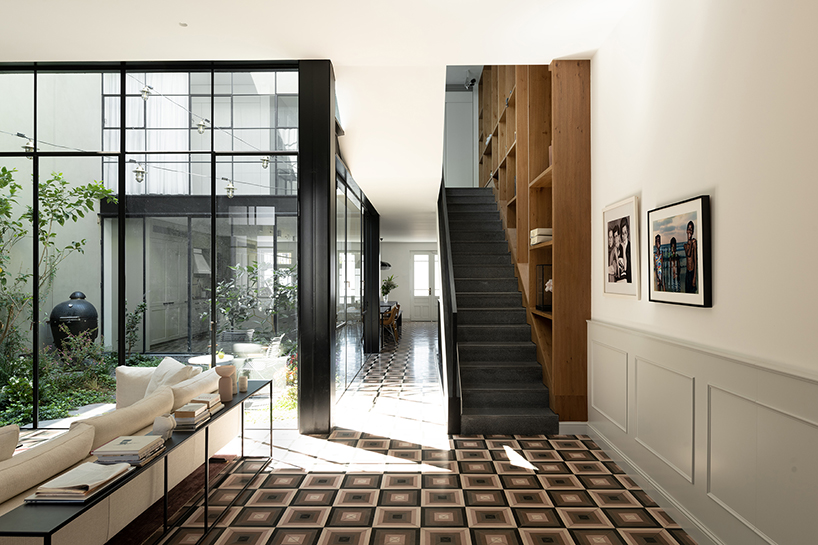 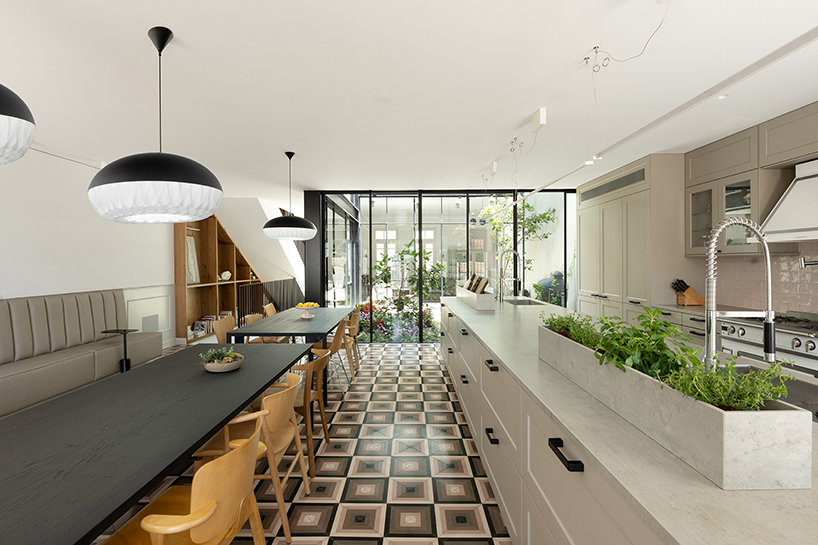 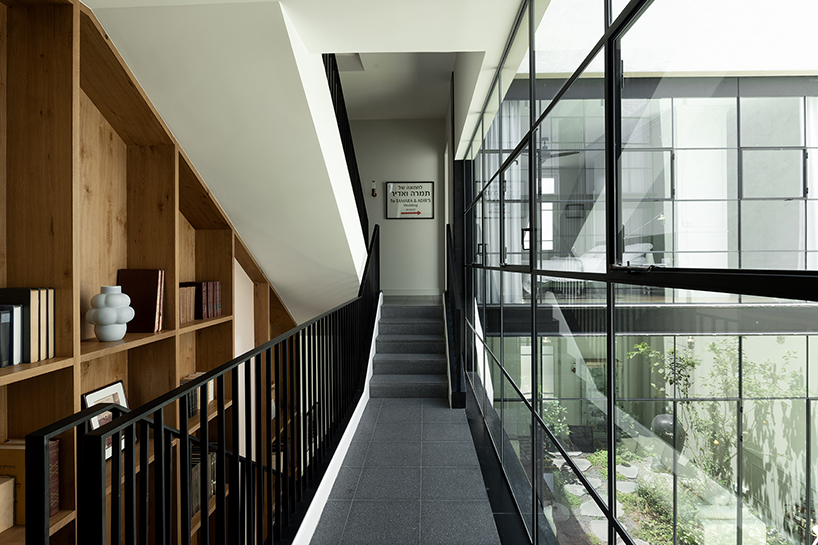 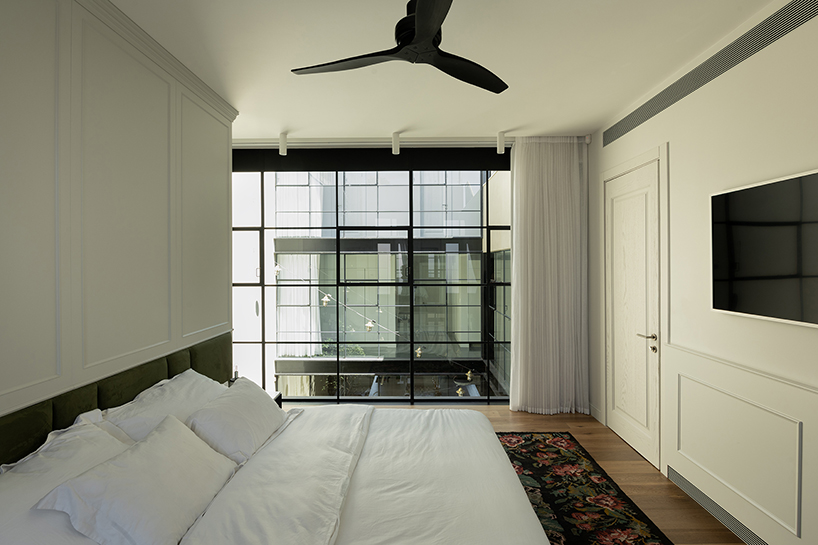 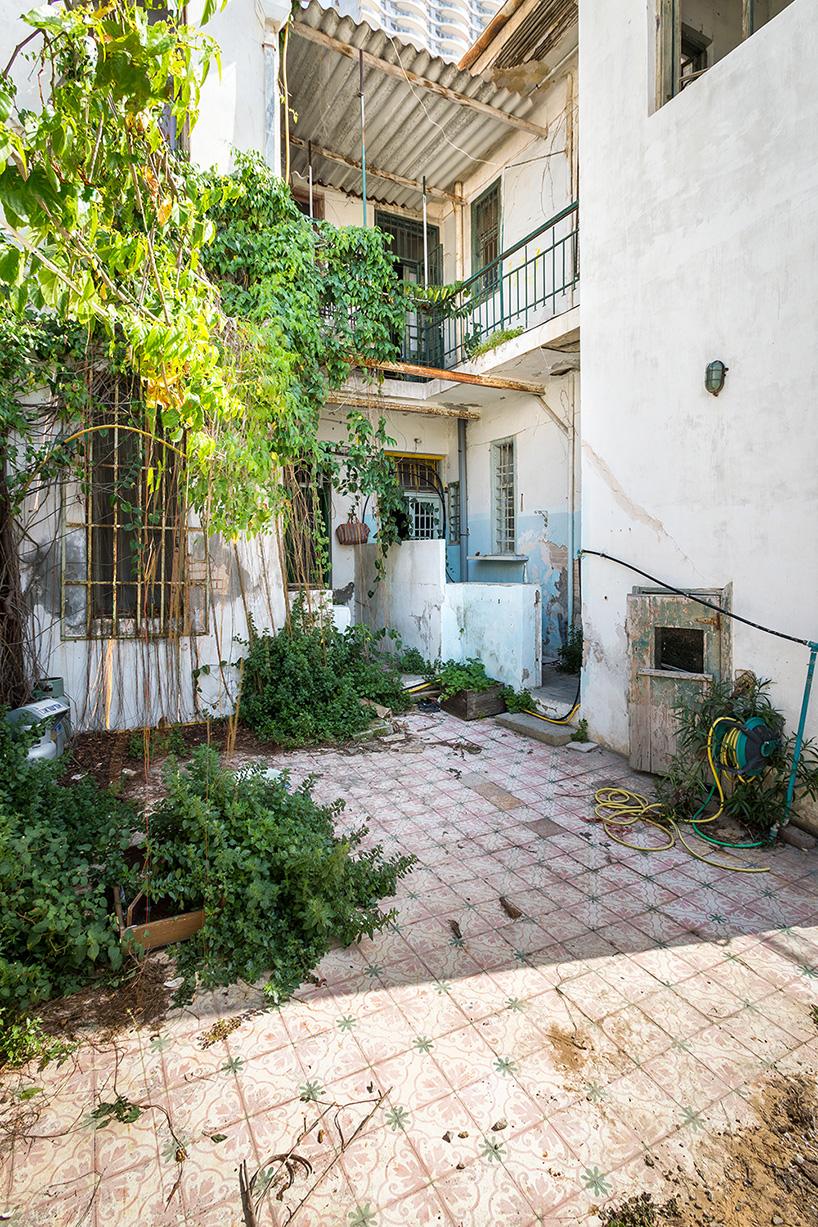 designboom received this project from our ‘DIY Submissions‘, where we invite our readers to submit their own work for publication. see more project submissions from our readers here.