A MAN has found $30,000 while raising the floor during a home renovation – and there’s an incredible twist.

Andy Rasmussen said the “pretty crazy” discovery happened while he was renovating a house for charity earlier this year.

After peeling off the floor, Andy made a startling discovery of hundreds of $20 and $50 bills bundled together.

Andy and his wife Carissa have been renovating homes for 13 years. 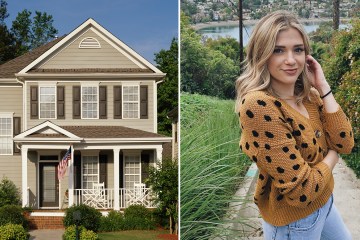 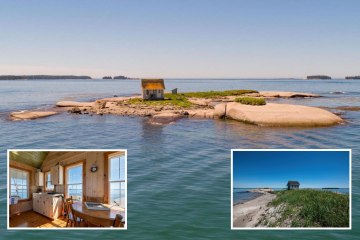 Their company, Accessible Homes, retrofits homes for people with disabilities.

“When we opened up the floor, there was a heating duct running under the floor,” Andy explained.

“And so someone must have already walked into the laundry room and thrown the money over that conduit. It’s pretty crazy.

“It’s hard to deal with this amount of money lying around, and no one knew it existed.

“Well, someone knew, but forgot.”

But there’s a twist – instead of claiming the money as his own, Andy decided to give it to Bethesda, the nonprofit that owned the house where the secret stash was found.

“It’s a testament to the integrity of our guys and our company,” he said.

“That we have honest, hardworking people working for us and it’s not going to go to waste. It’s going to the nonprofit that can help people with disabilities.”

Money that was once wasted is now being put to very good use.

A Bethesda spokesperson said: “We are so grateful that our contractor on this renovation project, Andy Rasmussen of Accessible Homes, found this money and brought it to our immediate attention.

“His honesty and integrity are to be commended.”