All 22 houses are now nice and clean with white exterior walls and blue tiles on top. In addition, they are all equipped with flush toilets, concrete floors and ceramic countertops.

“We love living in a house like this,” said Tan Xianhua, a 67-year-old villager from Dahe Village in Shimen Township, Langao County. He said his house was almost as functional and comfortable as city apartments after renovation, and he had a great time living there.

Responding to the aspirations of its residents, the Langao County government has funded the renovation and upgrading of more than 10,000 mud houses of 3,067 households since this year. 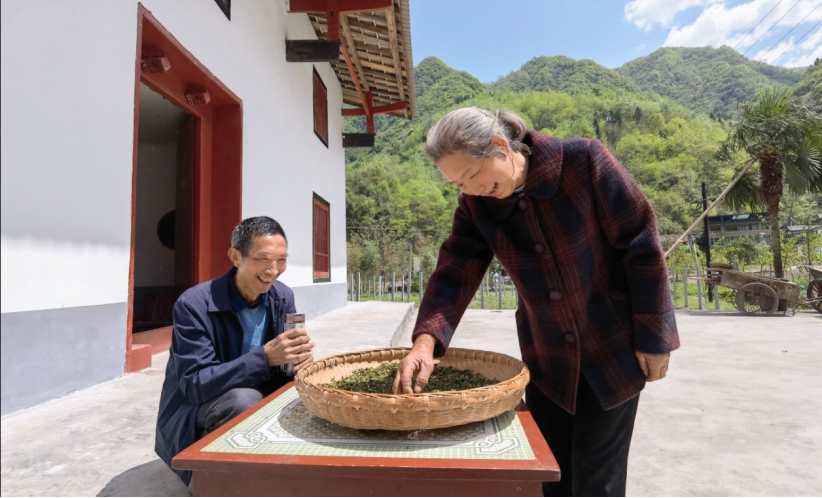 Langao is a mountainous county where most residential buildings were built with mud in the last century. Of the county’s 170,000 residents, 150,000 lived in mud houses in 2000.

“Most mud houses were built a long time ago. The walls had been mottled and blackened with soot. There were holes in the floor and leaks in the ceiling. These houses were uninhabitable and posed security risks,” said Liu Wenming, director of the Langao County Housing and Urban-Rural Development Bureau.

Earlier this year, Langao County invested 100 million yuan ($14.84 million) to subsidize residents who improve roofs, windows and doors, floors, exterior walls and walls, kitchens , bathrooms, animal enclosures and mud house circuits, with the aim of improving the quality and functions of the houses, as well as the general environment.

As the mud house renovation program progressed, some abandoned buildings had to be demolished, which could harm the interests of part of the villagers. Therefore, Langao County instructed its primary-level cadres to carry out the renovation work flexibly.

“People’s affairs should be discussed by the people, not purely decided by the cadres. What remains after demolition will have to fit into the surrounding environment and meet people’s demands,” said Lu Xiuhuai, a Shimen Township renovation program manager sent by the housing and urban-rural development bureau. of Langao county.

Langao County, when implementing the mud house renovation program, has always adhered to a bottom-up approach and sought the views of villagers. In a firm and orderly manner, he advanced the program according to local conditions and demolished 220 abandoned and illegal buildings. Not a single dispute has emerged.

For Pang Qimei, a 39-year-old villager from Chaoyang Village, Zuolong County, the benefits of the renovation program are manifold. The new solid roof has put an end to the leaks and the floors, which were once pitted, have hardened and flattened. In addition, there is a shower room for convenient bathing, and the counter and the entire kitchen are now covered in clean white ceramic tiles. Pang and her husband have been earning money in recent years, so they planned to buy an apartment in town once they had enough savings. Therefore, they had no intention of renovating their house initially.

This spring, the woman started cultivation and planted two mu (0.13 hectares) of crops. She said she would return to her familiar ground – poultry farming, when her husband returned.

“In line with the aspirations of the people, the renovation program aims to bring a better life to the people and lead them to common prosperity,” said Ma Hongwei, Party leader of Langao County.